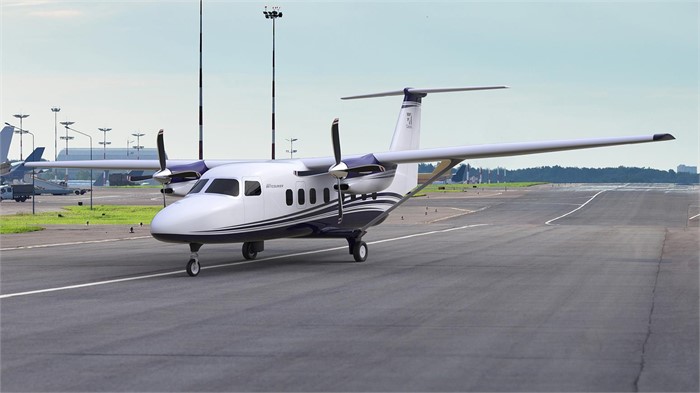 Attendees of the recent NBAA (National Business Aviation Association) convention in Orlando got a chance to see a complete mockup of Textron Aviation’s upcoming twin-engine Cessna SkyCourier utility turboprop along with passenger options and standard features. Textron, which is targeting the high-wing aircraft at airfreight, commuter, and special mission operators, announced the SkyCourier last November. The company expects the SkyCourier to first fly next year and enter service in 2020. Textron has already signed FedEx Express on as the aircraft’s launch partner with an initial order of 50 cargo models with options for 50 more.

Textron Aviation plans to first fly the upcoming SkyCourier in 2019 and enter it into service in 2020. The company is aiming the twin-engine utility aircraft at airfreight, commuter, and special mission operators. (Photo courtesy of Textron Aviation.)

Textron engineered the SkyCourier to be a versatile, heavy-utilization turboprop “with significant payload to undertake a variety of missions,” states Rob Scholl, Textron Aviation’s senior vice president of sales and marketing. Owners and operators can configure the clean-sheet SkyCourier for up to 19 passengers. In a passenger configuration, the airplane features separate passenger and crew doors, a netted air cargo area for luggage and equipment, USB ports situated throughout the seating area, and large windows. Optional overhead baggage compartments are also available.

At NBAA, Textron had a passenger configuration on display, but will also offer a separate freighter variant. The latter supports up to a 6,000-pound (2,721-kilogram) payload and can accommodate up to three LD3 shipping containers. Both SkyCourier variants feature a single-point pressure refueling for quicker turnarounds.

The SkyCourier has already completed initial wind tunnel testing, and Textron says work on the main landing and nose gear is in progress. The aircraft will use two wing-mounted Pratt & Whitney Canada PT6A-65SC turboprop engines and Garmin G1000 NXi avionics. Its maximum speed tops out at 200 KTAS, while its flight range maxes at 900 nautical miles (1,667 kilometers) or 400 nautical miles (741 kilometers) with a 5,000-pound (2,268-kilogram) commuter payload. 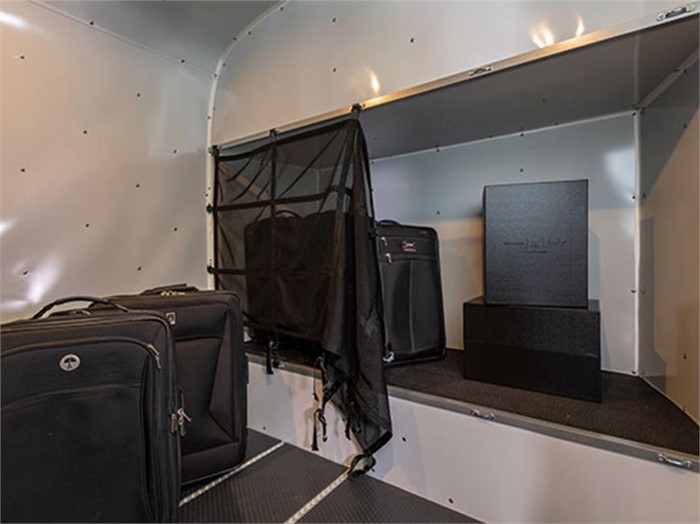 The SkyCourier can seat up to 19 passengers and supports a maximum commuter payload of 5,000 pounds. The aircraft’s maximum range with that payload is 400 nautical miles; otherwise, its maximum flight range is 900 nautical miles. (Photo courtesy of Textron Aviation.)
Translate »
This site uses cookies to make your browsing experience more convenient and personal. Cookies store useful information on your computer to help us improve the efficiency and relevance of our site for you. In some cases, they are essential to making the site work properly. By accessing this site, you consent to the use of cookies. For more information, refer to Cessna Directs's privacy policy and cookie policy. details